When the Señor and I got engaged in Colorado back in August, the only witness that was present was this cute little guy.. It was so cute just sitting there munching on little flowers watching us. I had no idea what it was. It wasn't a mouse and it's wasn't a rabbit. Was it a Maubbit?
Nope, it's a Pika!
A high altitude mammal that is cute as hell!
Random post I know, but you can never have enough cute animals in your life.

The running season that is!
Here in NM it is starting to get cooler and the leaves are barely starting to change. People are rounding out their training for their half marathons and marathons and looking good. I remember this time last year I was one of those people. Sadly, this year I have not signed up for a run. I have recently overcome my foot injury (plantar fasciitis) and want to ease back into running. It's no joke that my running schedule has been a bit of a roller coaster and less than stellar due to mi vida loca with school, bathroom remodel, and wedding planning.  However, I woke up on Saturday and decided to put my running legs on. I wanted to divert from the usual running path I had been taking around my neighborhood and head to the more challenging foothills location. This locations is a run powered by elevation, heat, and beautiful panoramic views. I didn't really set out to do certain amount of mileage. I just sort of went with how I felt, and I felt good! I logged in 5 miles and felt rejuvenated.
I think we sometimes get comfortable in our usual runs and forget to switch it up a bit. It's funny how running can sometimes mimic life. We can find ourselves easily bored with our usual routines and daily activities, but can be restarted with a simple positive change to the mundane.
Keep it interesting amigos! 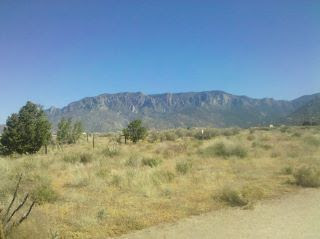 **I forgot to add a BIG congratulations to my amiga from across the pond Danielle Adams for running and finishing the Run to the Beat half marathon in Greenwich, Greater London UK.  Welcome to the half marathon club chica!
Posted by Laura (Bandida Blog) at 7:39 PM No comments:

All of it is happening so fast. Mostly due to me hitting the ground running like a mad woman when it comes to wedding planning. We have an official date and if all goes well at the contract signing, we will have a venue.
This weekend I had the fun experience of trying on wedding gowns with my Madre and Mana (sister). Lucky for me, the last gown I tried on was a winner. It was a nice compromise between what my mother wanted and what I wanted. Even though I'm not sure if compromise is the right word to use here because my mother has amazing taste in wedding gowns. It was such a good experience to share with my family.
It's all happening so fast, but I like it that way. More time to just kick back and enjoy being engaged to my handsome Señor until we decide to say..
"We Do." 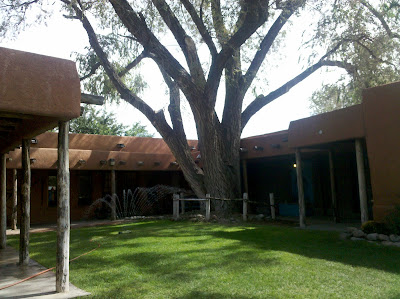 Just like many other Americans around the country the Señor and I were talking about Where we were on the day of September 11, 2001.

The Señor was walking 10mins late to a class when he saw someone that he knew in the same class walking the opposite direction of him who notified him that class was canceled. When he asked why class was canceled? the classmate replied,"We are under attack." Upon his arrival home he switched on the TV and like many other Americans he became a distant witness to a terrible American tragedy.

As for me. I was awoken by a call from the swim team captain at New Mexico State University around 6:55AM that practice had been canceled. I remember asking her.."why?" as I hardly ever turned on the TV or watched the news in the morning, she replied "A plane just crashed in the Twin Towers in NYC." I turned on the TV and literally gasped at the sight of it. As soon as I was getting a grasp of what was happening and that this was definitely real. The second plane hit live on television. I can't completely recall my feelings that moment, but I do know that I watched in horror as they re-played the footage over and over again. The next thing I know they are reporting about a plane that crashed into the Army side of the pentagon. I remember that my father often traveled for work to the pentagon, and last I heard he had been there. I started trying to reach him frantically, and couldn't get a signal out. I was finally reached by my mother who let me know he wasn't there and everything was "OK."
However, it wasn't "OK" for thousands of Americans that day. Our hearts and souls go out to everyone personally affected that day. May we find strength in our loss and rebuild honoring the thousands who perished during and after the tragedy.

This video from NPR moved me. May we take the time to tell the ones we care about today that we Love them.

Posted by Laura (Bandida Blog) at 1:06 PM No comments:

Hey everyone,
I hope you guys had a great holiday weekend. My holiday was a bit busy celebrating our engagement with friends and family. We also took some time to go and look around at a few venues around the area. I have to admit, it has been a bit of a struggle finding somewhere within our budget. It appears the wedding business flourishes by ripping people off. I nearly choked when a lady told me that my wedding guest would be expected to eat $6,000 worth of food and drink at least 2,000 in booze in order not to be charged a penalty. Ya, no thanks lady. I'm not going to let your business wipe your butt with our money. Needless to say, we have gone back to the drawing board and  are going to look at a promising venue later on this week.
Back to the subject at hand. I know it's been a while since I've given you guys an update on the 30@30 list. I have seriously had an adventurous last couple of months and it has been awesome!
Here is the check off list.

2. Get a city library card

The sweet folks at Albuquerque Library were awesome enough to give me a tour and let me know that I can check out videos with my card. I can't wait to browse the interesting collection they have.
14. Purchase a bird feeder for the backyard
Photo to come soon! Believe it or not, the fat Morning Doves in our backyard put too much weight on the feeder and broke it.
20.  Road trip to somewhere
We traveled to Northern, NM and stayed in a haunted hotel. Braved Ikea in Denver, CO. Relaxed and got Engaged in Breckenridge, CO. Celebrated the Señors birthday camping in Southern, CO.
Best. Road. Trip. Ever! 28. Spend the night somewhere haunted
This was exciting! Staying at the St. James Hotel in Cimarron, NM. I got absolutely no sleep and got the shit scared out of me. Upon checking in to the St. James we were taken back on how classic the hotel looked. We were also told we were staying in the "Mary Lambert" room. Mary Lambert was the wife of the first hotel owner and is known to still haunt the room. We then proceeded to the room which was down a hallway that looked like it was straight out of "The Shining." We entered our room and  just for fun, I downloaded the Ghost Radar App. If you ever are bored and want to get a rise out of yourself, download this app. I turned it on in the room and while looking at a picture of Mary Lambert in her garden, the app said "HEART." and then I kid you not..I could smell rosy perfume. Now, the Señor thinks that perhaps there is some mechanism in the room that lets off a rosy perfume smell randomly in the room, but I didn't care, I was a believer DAMN IT!  We then went to the bar to have a few beers and checked out the gunshots in the ceiling. Before we went off to bed we checked out the history of the hotel on the 1st floor. They had some interesting information about the owners and the famous guest who had stayed there, such as Annie Oakley and Jesse James. We then headed of to bed and that is when things started to got weird. Of course, the Señor dozed off straight away and left me to fend off the ghost myself. The St. James is and old hotel with no modern air conditioning, so it was really hot.   However, there was times when It would get  freezing cold, mostly around my legs.  It was like a ghost was sitting on them. Then there was various crazy noises out in the hall. Tapping, creaking, and even a weird scratching noise above my head. I pretty much had to scare myself to sleep. It was a great experience, and the Señor didn't dump me! The haunted room where the bad ghost lives The hall that looks like it's straight out of "The Shining" It has been an exciting summer!

Recently I've become fully aware of how easy it is to say something not nice as opposed to something nice. People are quick to snap before they actually think things out. They use the excuse I'm just being brutally honest, but really they are just being brutal. I think this week I've noticed the drama a little bit more. You know the situation where your like"You shouldn't make a Facebook status update about that, you should see a therapist about that." It really had me thinking we could use to hear and be a little nicer these days.
On another related note, my Señor is asking my father for my hand in marriage tonight. I hope he has something nice to say.
With this in mind, I stumbled upon this video and it made me smile.
Have a great holiday weekend everyone and enjoy the video!

Posted by Laura (Bandida Blog) at 9:23 AM No comments: