This is a repost:

On May 5th, 2012 I had my bridal shower and it was so much fun. I wasn't quite sure if I wanted to have bridal shower, but I'm so glad I did. It was a great day filled with family and friends both local and from out of state.

We played Three games..
The first game was He said, She said..Which is a game where the bridal shower guest try to guess who said what phrases. Before hand Patrick and I got together and came up with some phrases that either He said, I said, or we both said. The guest would read the phrases and give their best guess on who said what and then put up their depressor mustache or lips to support their answer. 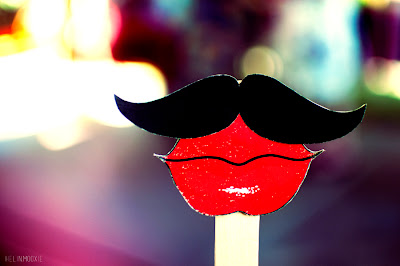 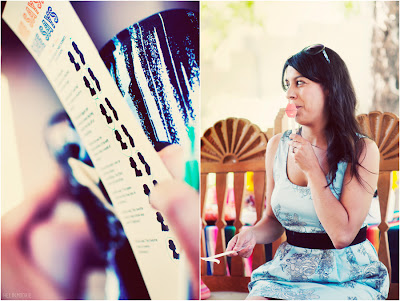 The second game was Pin the Boutonniere on the groom. After a few sangrias this game proved to be a bit challenging.  My mother got some butcher paper and traced my Señors outline. I guess she forgot how tall he was because she didn't get the right stretch of paper and ended up cutting off his feet.
Guest were then blind folded and would do their best to pin the boutonniere on the groom. The winner Isabella, was such a cutie that we let her go until she won the game. :) 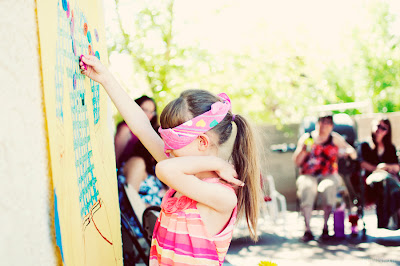 Isabella: The winner of the Pin the Boutonniere game

The third game was a version of hot potato with a sombrero. I guess we can call it the Sombrero Caliente game. It was a last minute addition and proved to be a lot of fun. It got a bit competitive towards the end, but my brothers girlfriend Jessie came out on top. 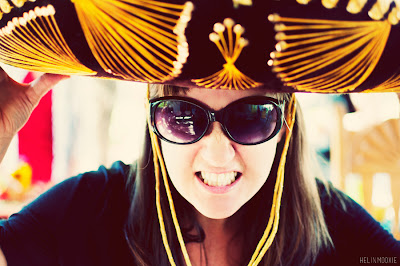 The girls who attended the bridal shower were so much fun! I had a fantastic time and couldn't be more blessed to be surrounded by such a great group of women during this amazing time of my life. 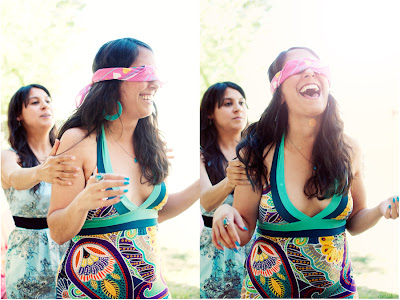 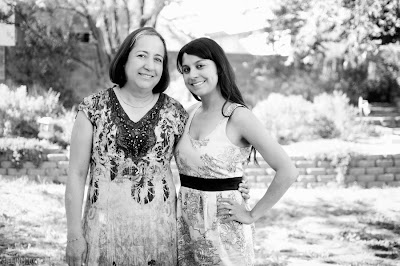 Thanks to Helin "Mooxie" for the great photos!!