Hello everyone!
I hope you all are still stuffed from your Thanksgiving dinners, 2nd dinners, and even 3rd and 4th dinners. I swear, I can't even look at turkey meat without getting a bit queasy. I think I've honestly overdosed on the damn bird. So, it's tofu and noodles for a couple of days for me.
Anyhoot, here is the gooble-gooble recap.

My Señor and I had an amazing holiday weekend. For starters, we woke up to this pretty sight on Thanksgiving morning. 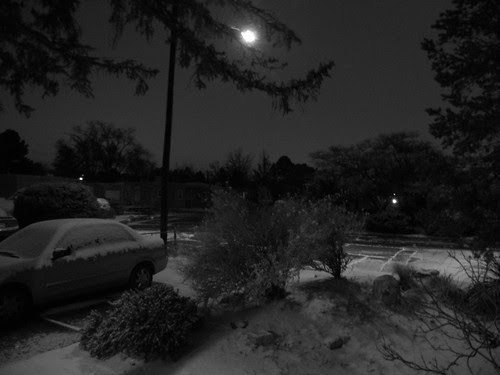 Snow!!
This photo was taken around 5am. I don't know why, but it's like my body sensed that I needed to get up at that moment and watch it snow. It was absolutely lovely.
We then went down to Patrick's father's house and made a really good dinner. The guys watched football while I studied the endocrine and reproductive systems.  Even though I was studying, I was super relaxed. I have to say, I am super interested in what I am learning in this A&P II class. It is pretty reassuring that an occupation as a Nurse will be fitting for me. 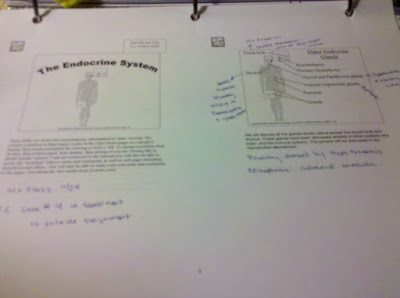 Yeah, how about some of that with your turkey?
I was able to get a few good runs in this past week. I have never really exercised during Dia del Pavo week, but It was definitely a nice change. Not only did I work up an insane appetite for Thanksgiving, but It really felt good to get out and clear my head. I was able to get a good 10K run in the foothills and  a long 10 mile run down by the river.
For the foothills run I decided that I would do the same course from the Run for the Hills 10k. It was much nicer this time around. Of course, there was less people on the trail and I wasn't getting elbowed by old men and ladies when I tried to pass them. That was definitely a plus! 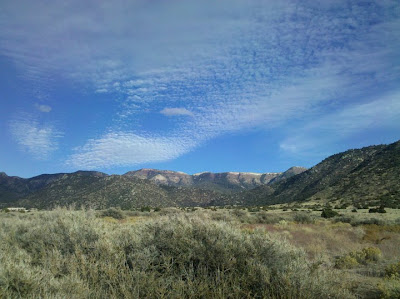 My stomping grounds in the foothills
For my long 10 mile run along the River it was nothing but beautiful surroundings. I had Canadian Geese flying in formation over my head and it was awesome.  Yeah, I was a bit worried that they might throw a wicked poop on me. But needless to say, I survived the run without getting pooped on. Yay!!

We wrapped up our weekend with basically agreeing that we were going to do whatever we wanted. So, Patrick finished his labor of love (photos in an upcoming post.)
And I put up the Christmas tree and drank lots of hot chocolate.
Ah yes, the season is here!! 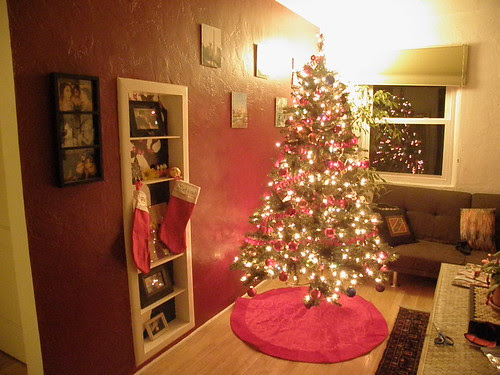 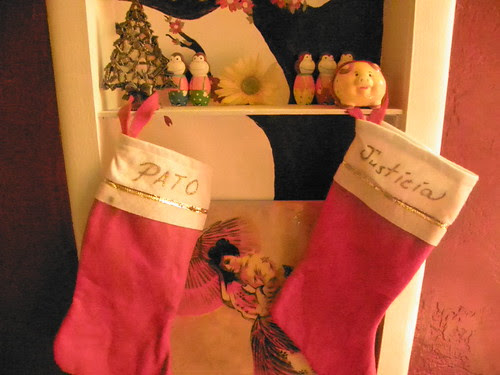 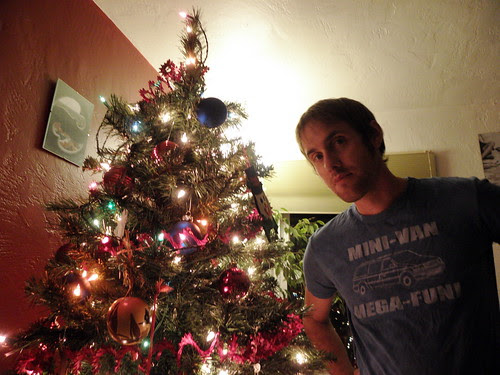 Isn't my Señor good looking?? I just love his T-shirt. I bought it for him when we first started dating.

Anyways, It's a busy couple of weeks coming up! I hope all of you are taking are of yourselves and making "me" time.
I have some good post lined up for this week.
Patrick's Labor of Love
Nike Free + Bandida blog review
and Christmas wish list (everyone has one right??)